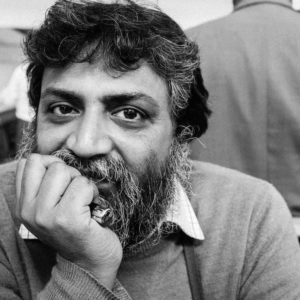 Tarun Bhartiya is an Award winning filmmaker, documentary film editor, photographer, writer, publisher and activist. He has made over 20 documentary films and edited numerous others, one of which is 'In Camera – Diaries of a documentary cameraman' – for which he won the National Award for Best Editor (something he has since returned). In 2015, Tarun won the Royal Television Society, Yorkshire, UK Award for Best Director for The Last Train in Nepal while his series of films on the Indian Railways for the BBC won the Award for Best Documentary Series in 2010.

His work as a writer can be seen in various publications including Dancing Earth: Contemporary poetry from North East India, Das Baras; Hindi Kavita Ayodhya Ke Baad and Safety Blanket - review of The Oxford Anthology of Writings From North-East India among others. He is also a regular contributor to local newspapers including a column for the Khasi Times called ‘Dkhar Diaries’.

Tarun is the founding member of many landmark organisations and spaces in Meghalaya, some of them include

Currently his work as a photographer is in much demand and can be seen here https://www.instagram.com/tarunbhartiya/