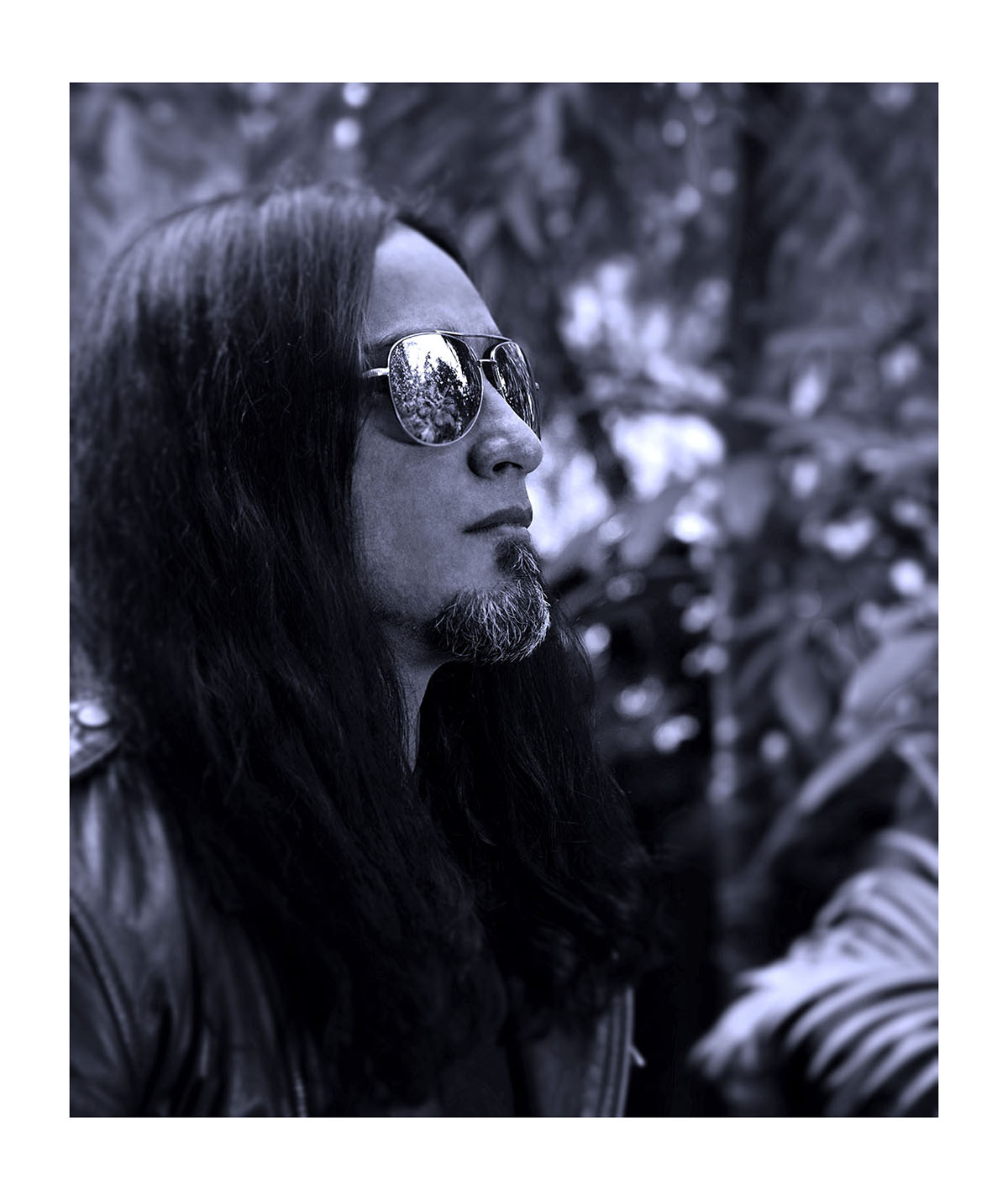 Reuben Bhattacharya a.k.a Visual Amnesia is an award- Indian artist known for creating bleeding edge art in the music industry. He was born and raised in Shillong and Trained in a fashion & design from N.I.F.T, New Delhi. hHe forayed into the independent music scene when roped in by the Rock Street Journal (RSJ) as Creative Head & Exec. Editor to redesign and creatively head India's first full colour rock glossy.
Branching out as a metal musician and independent artist Visual Amnesia moved on to become one of the pioneers of visual art & design for heavy music from India in the past 13 years; from working with every major metal act to a plethora of underground bands and indie artists, as well as landmark music festivals of the past like Great Indian Rock (Meshuggah,Enslaved,Tesseract,Audrey Horne,John Myung,WesBorland), BIG 69 Metal Festival (Carcass,Sikth,Fleshgod Apocalypse,) Bangalore Open Air (Overkill,Immolation,Alcest), and a host of other underground bands and gigs.

Since expanding his work to the international metal and rock circles in the past decade, he has created album art, merch design and prints for bands like Slipknot, Black Sabbath, Jinjer, Soilwork, Monuments, Textures, Aliases, Allegaeon, Parazit, Sleep Terror, Depresszio and more; with a growing roster of experience on major and indie labels such as Metal Blade Records, Napalm Records, Century Media, Nuclear Blast, New Retro Wave, Transcending Obscurity and Basick Records. Visual Amnesia has been the chief artist for Aussie metal icons Twelve Foot Ninja handling all merch and product design duties for the band.

Over the past 8 years Visual Amnesia has also created licensed prints and fan art for underground clothing labels, alternative brands and iconic pop-culture shows such as Breaking Bad, Game Of Thrones & Rick & Morty via Redwolf. His work for various bands has been featured in publications such as Rolling Stone, Metal Hammer, Metal Injection, Bravewords, Revolver and a host of webzines across the world. Visual Amnesia continues to experiment with ideas and mediums and seeks to extend his style of art further into the realms of art that delve into the human psyche.