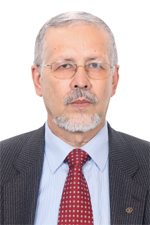 Professor Syiemlieh is also one of the few people from North East India to become Chairman of the Union Public Service Commission of India and Vice-Chancellor of a Central University – the Rajiv Gandhi University, Arunachal Pradesh. He has also held important positions in reputed organisations like the Indian Council of Social Science Research and the Indian Council of Historical Research

Author and editor of several books and articles on the history of North East India, he is credited with discovering the date of death and other details of the last days of U Tirot Sing, the Khasi chief of Nongkhlaw who resisted British colonial expansion and locating the grave in Calcutta of Thomas Jones, the Welsh missionary who first arrived in the Khasi Hills.

He is a recipient of the Charles Wallace Grant for research in the UK; India France Cultural Exchange for research in Paris, and the Senior Fulbright Fellowship for research in the US. He was affiliated with Notre Dame University. Prof. Syiemlieh was President of the North East India History Association (2010–2011). In 2019, he was conferred an Honorary D.Litt. Degree for his exceptional and outstanding contributions to the world in the field of academic development, policy formulation and implementation.