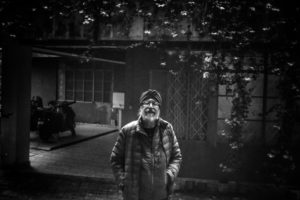 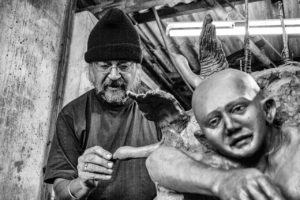 Prithpal Singh Sehdave Ladi or ‘Ladi’ as he likes to be called is one of India's most vital artists and probably the best artist that the state of Meghalaya has produced. Born in 1955 in Shillong, Ladi finished his school & college from St Anthony's before studying sculpture with distinction at MS University in Baroda.

He won the National Lalit Kala Akademy (LKA) Award in 1981 when he was just 26 years old and then received a scholarship to study at one of world’s top art schools – the Ecole Superieure des Beaux Arts in Paris. Ladi’s work has been exhibited in the country's top art galleries and all over the world, including places like New York, South Korea, Japan, Peru and Munich among others.

Among his shows  are: solo at the Gallery Contemporary Indian Art, Peru, 1988, Edge of the Century, New Delhi, 1999, solo at the Gallery Goethe, sponsored by the Kulturefferat, Munich, 2000, See through, an exhibition in glass, British Council, New Delhi, 2001, Art from India, Gallery Mueller and Plate, Munich 2002. His works represented the country at the Asian Art Show, Fukuoka, Japan and Seoul, Sacred Space, Jahangir Art Gallery, Mumbai, 2004, solo show at the gallery Threshold, New Delhi, 2008, his miniature works were shown in New York by the Saffron Art at their special jewellery section and at Religare gallery, New Delhi. His last exhibition was For Noah, Akar Prakar, Kolkata, 2018.

Apart from his National Award, Ladi has also won the Gujarat LKA awards in 1978, 1988 and the inaugural Bendre Hussain Award in 1989. Ladi also taught at the School of Architecture, Ahmedabad and NIFT, Delhi

Ladi says his work is informed by humour, quirk and the eccentric and his art is said to have brought a paradigm shift in modern day Indian sculptural activity