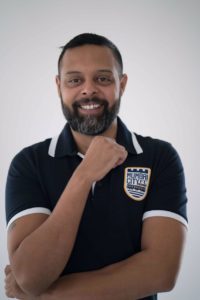 Indranil Das Blah is a professional in the Indian sports industry for the last two decades.  Having passed out from St. Edmund's in 1997, he completed his graduation in English Literature (Hons) from St. Stephen's College. His sports career started in Mahesh Bhupathi's sports management company, Globosport, where he quickly rose through the ranks to head its sports vertical. In 2008, he co-founded KWAN Entertainment, India's largest celebrity management firm.

Indranil was also appointed as the CEO of ISL club, Mumbai City FC in 2013 and led the club till the completion of the 2019 season, post which he joined Reliance Sports as part of the senior leadership team.

In his 20 years working in sports, Indranil has managed India's biggest sports persons, including Sania Mirza, Abhinav Bindra, Saina Nehwal, Shikhar Dhawan, Leander Paes and many more. He has also led the execution of some of the biggest sports events the country has seen, including multiple ATP and WTA tennis events, international basketball and cricket tournaments.