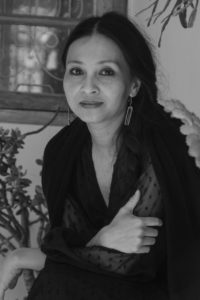 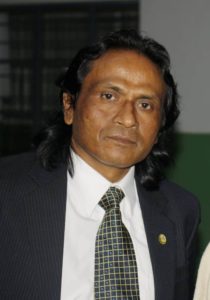 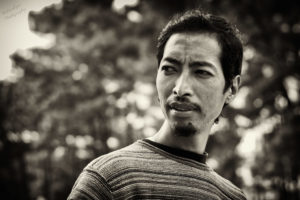 Raphael Warjri is an artist, filmmaker, playwright & author. He has been a painter and filmmaker since 1983. He founded the Riti Academy of Visual Arts in 1991 and curated the THOH-SHUN Art Camp: an annual art event which in 2007 was held at Dhaka under the aegis of the Indian High Commission. He is a member of various artist guilds and associations all over the country and has received numerous awards for his work including the Green Warrior Award by ISB&M, Kolkata; Excellence Award by Rotary Club of Orchid City, Shillong and the Meghalaya State Award – U Tirot Sing Award for Art and Literature 2021. Apart from his work in the visual arts he has also written a number books, both nonfiction and fiction besides being the founder of the television news channel, Media Plus

Benedict Skhemlang Hynniewta is a painter, musician and teacher. He completed his M. Fine in 2004 from Kala Bhavan, Visva Bharati University, Santiniketan. He has had several solo and group exhibitions of his paintings including Golden Brush 2008 - Birla Academy, Kolkatta, 4th North east Exhibition of Art, ‘Thoh Shun’ Dhaka, ‘The Joy of Life’ – Indian Habitat Centre, 44th National Exhibition of Art – Lalit Kala Akademi and the 63rd All India Exhibition of Art, Amritsar among others. He is presently a guest faculty in the Department of Creative & Cultural Studies, NEHU and was recently slected as General Council member of the Lalit Kala Akademi. He plays the bamboo flute and is a member of the band ‘Na Rympei’. As a musician he has performed all over the country and internationally besides scoring music for a number of documentary films

Careen J. Langstieh has been a practising, full time artist for almost 18 years. She was from the first batch of students who received their Post Graduate Diploma in Painting from the Department of Creative & Cultural Studies, NEHU. She credits (Late) Mainul Haque Bharbuiya as being her guide and mentor. She characterises her work as being ‘in constant dialogue with an attempt to understand the various rites of passage of Khasi women within a system – unique yet largely common in its measure of things’. She has worked on several mediums although her recent works are largely created using charcoal, organic pigments as well as pen and ink.