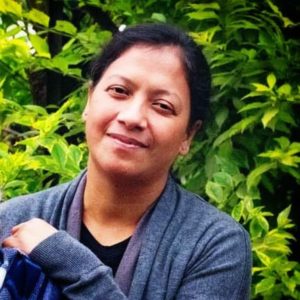 Angela Rangad is one of Meghalaya's leading Women’s and Democratic Rights Activists. She did her schooling in Pine Mount School and later in Wynberg-Allen School, Mussoorie. She is a Gold Medallist at both graduate & Masters level in Anthropology and won an INLAKS scholarship to pursue MA in Social Anthropology of Development with specialization in Gender and Development from the School of Oriental And African Studies, University of London. 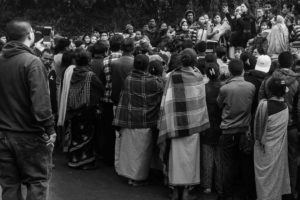 She has worked extensively on issues of Gender Justice, Economic Rights, Reproductive Rights, Sexuality, Health and Citizen’s participation in Governance. In some of her work in the government sector, she has led State, District, Block and Village level teams, working with the government in policy formation, setting up institutions and mobilizing groups around Gender and Women’s issues. Her expertise has been sought to help set up various Sexual Harassment Committees for government and private sector organisations and some of her official appointments include advisory work for the Ministry of Rural Development and Ministry of Human Resource Development, Government of India  among others.

She has been part of landmark campaigns that has brought about considerable change in Meghalaya including Campaigning for the Meghalaya State Women’s Commission Act and the Right To Information Act among others. Her writing on Gender & Women's issues has appeared in leading newspapers and publications and she remains a committed commentator on contemporary issues for local news papers